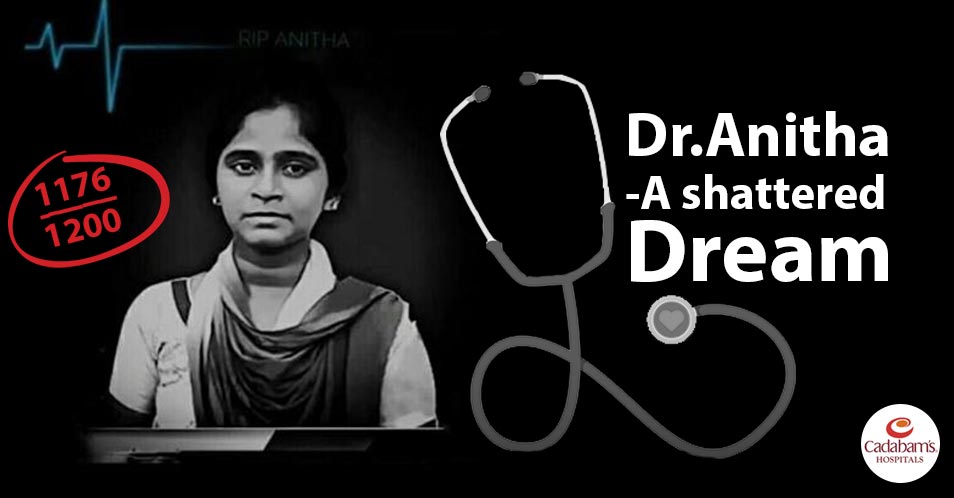 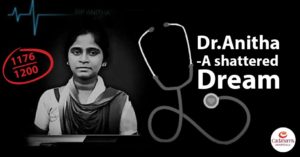 Suicide: An act or an instance of taking one’s own life and intentionally. This is the exact medical definition of suicide that some major doctors and Google concluded us.

About 800000 people write their own ending through suicide every year across the world. India alone contributes to 17.9% of this statistics. The average age of suicide death in India is between 15 and 29.

The country still holds the first place in suicide because of many factors like farmers Suicide, marriage related issues suicide, drug abuse/addicts suicide, death of a loved one’s suicide etc. 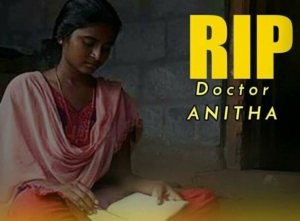 Anita, a higher secondary topper (1176/ 1200 marks) who is the daughter of a daily wage labourer commits suicide for she couldn’t clear the competitive exams. Being a topper most of her life, what could have made the competitive exams difficult for her. A few thoughts that might have engulfed her would have been -

“How will I face my parents?”

“ What if my dreams get scattered?”

As a 17 year young girl, nervousness of such sorts is expected. But what makes it more of an uphill task. Her thoughts, her expectations of herself, her nervousness.

Researchers shows that 80% of the suicide victims are literate. Of which 30% of them had failed in their exams. Ever thought, what makes literates choose the easier path of ending life?

What we must understand the problem is communication & fear of communication. As society, as family & as friends the least we can do is give the support and space for each of us to express. Express our thoughts, feelings & emotions without a mask. Because it’s okay to feel low and it’s okay to talk.

“If you or someone you know is

Talk to our experts @

because you are important!  ”

Suicide is not an answer for your problems. Suicide make just seem like the easiest to do as an escape from all your troubles. But remember the pain you leave behind for people you love. Life does bring hurdles but the journey is beautiful, make it memorable. Ending the life will never be an answer. You are allowed to cry, scream but never allowed to give up.

One word for all the people suffering from depression “you are battling your own demons everyday,  but your hope is your biggest strength. Don’t give up. Get up & get going.”