Dementia is not a specific disease, instead, it is an overall term describing a wide range of symptoms associated with a decrease in thinking skills and memory severe enough to decline a person's ability in performing day to day activities.

According to the research studies, About 10 percent of the world's population aged between 65 and 74 years and one-fourth people aged above 85 have some or other form of dementia. It is estimated that the number of people being diagnosed with such a debilitating is increasing.

Hence, gaining an in-depth knowledge about the illness, such as what signs to look for, dementia causes, types and information about dementia treatment can help in early interventions.

Dementia can point up to specific symptoms that include-

Managing tasks- such as carrying or planning out various steps to complete a task- may become difficult, and orientation of day, time, date or location may decline. The illness is typically progressive that can lead to a decline in the functioning of the person over time. While dementia symptoms can vary greatly, the condition can be significantly be based on what is causing dementia.

There is no one cause of dementia. The condition may result from degeneration of brain cells/ neurons or due to the disturbances in the body that affect how these cells function. Neurodegenerative means that cells gradually stop to function thus resulting in dysfunction.
Also other there are other conditions such as structural brain disorders, metabolic disorders, such as vitamin B-12 deficiency, and also liver and kidney diseases can cause the condition.

There are different types of dementia that include Alzheimer's disease, Huntington’s disease, Lewy body dementia, frontotemporal degeneration, Creutzfeldt-Jakob disease, vascular disease, and Parkinson’s dementia. Each of them shows up different symptoms and behaviours. A brief explanation about each of them are given below-

To know in more detail about the types of dementia click here.

The illness progresses uniquely in everyone. People experience signs of the following dementia stages-

People at this stage of illness may be able to function individually. Symptoms include:

Adults impacted with this stage of dementia may need assistance/ help from a care provider. That’s because the illness may now interfere with daily activities and tasks. The symptoms are:

This is the last stage of dementia. Here the physical and mental symptoms of the disease continue to decline. Symptoms include:

Understanding the stages of dementia can assist you prepare for the future of your loved one.

Dementia is preventable and it will be reassuring to know that there are treatments available to improve the memory and brain functions. Dementia treatment includes:

Diagnosis & Treatment of Dementia in the Elderly- at Cadabam’s Hospitals

Diagnosing dementia can be challenging. A diagnosis of dementia requires that at least two core reasoning functions be impaired enough to intervene with daily living. They are language skills, memory, ability to pay attention and focus, problem-solve, ability to reason and visual perception. No single test can diagnose the problem, so a series of tests are run to help recognize the problem. Those include-

There are certain risk factors which are found to be associated with the illness. However, age is the significant predictor. The others include:

How you can be a support to someone with dementia?

Getting a diagnosis for such a debilitating illness can be overwhelming. Many things have to be taken into consideration to ensure the safety of your loved one with the condition as it progresses. Here are a few suggestions to be there and help them when time demands-

Dementia is a progressive disorder and the symptoms start slowly and get worse gradually if left untreated. If you or someone you love is experiencing difficulty with memory and thinking, don't ignore them.

Reach out to Cadabam's Hospitals to determine and know more about the illness. Also, an early professional evaluation may detect a treatable condition. And an early diagnosis also allows a person to get the maximum benefits from dementia treatment and it also provides time to plan for the future. Talk to a counsellor today and know about the coping techniques for dementia and how to help someone with dementia manage their condition and live well. We are happy to assist you. You can email your queries to info@cadabamshospitals.com or call us at +91 97414 76476. 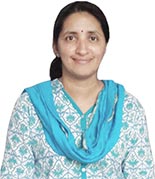 Difference between Dementia and Alzheimer