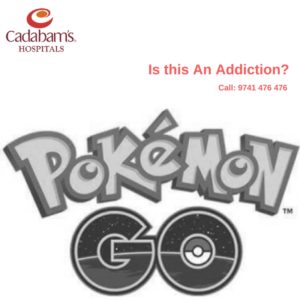 Pokemon go, the currently trending augmented reality game app is already beating famous social apps such as tinder and twitter. The game requires you to move around in your locality and capture virtual Pokemon in real life settings.

Here are a few psychological aspects both advantages and disadvantages of engaging in this game:

It Uses Nostalgia:
For people born in the 90's Pokemon Go can successfully have a positive effect. Playing the game takes the individual back to their childhood when Pokemon was a famous TV show. It brings back the fun memories of childhood and childhood memories usually make us feel happy. And as result we tend to invest more time in the activities that make us feel that way.

Reward system:
Many may question how does an app help an individual, who would rather spend their day staying at home, go out and explore the city. Pokemon Go works on a reward system, with every distance you cover you find a new Pokemon or hatch your existing Pokemon eggs. Humans have a tendency to strive for rewards and achievement. Thus in this way the game keeps them engaged and motivates them to keep going.

Clear Goals:
The game sets clear and attainable goals and levels. When a task is so structured it eliminates the factor of unpredictability. This again increases the individual's engagement in the game for they would know what has to be done next. Thus also reducing anxiety about the “what might happen next”.

A conversation starter:
For initiating a conversation with a stranger, talking about a common interest is a more easier and comfortable way.

Walking down the street and finding someone engaged in this game and talking to them would be more easier as now you can be sure about their interest. And this would increase an individual's social interactions.

A safe game:
Engaging in this game can make people feel safe as here there is no one judging them. Unlike what usually happens in other social networking apps.

Fight Loneliness:
For people with anxiety and depression (also other people who often feel lonely) seeing that other people who, like them, are involved in the game, would give them a feeling of being “involved”. Even in a crowed place seeing people staring at their would make them feel that they are not alone.

Benefits tied up to a phone:
Pokemon Go does motivate people with anxiety and depression to go out and explore, but this exploration is tied up to your phone's battery life. The whole social interact and reduction of anxiety is centered around the data pack and battery. The individual will have to organize their whole routine around the app. This could also lead to dependency on the app to have a normal life.

It may increase stress levels:
As in the game you need to catch a Pokemon and you are constantly looking out for it. But when you cannot get one, the anticipation and feeling to loss would only add up to the existing anxiety.

Can be misleading:
It can be dangerous for individuals who might have a few psychotic symptoms. As it would be difficult for them to differentiate between the real and virtual world.

Attention difficulty can be harmful:
Playing this game in the street requires divided attention. And it is known that most of us are not that good at it. Trying to pay attention to your phone and the roads at the same time might be very dangerous in the places, where the rule are hardly followed.

Disturbing family communications:
Pokemon Go is now being said to help in some mental illness but it does this only by giving the individual a chance to improve their condition outside. But what about its effects on the family. In societies where family is given more priority this might be a concern. The individual might end up spend most of their time outside and ignoring the family. The individual's social interaction might improve outside home but might remain the same or harm the family communication patterns. And if the individual is confronted about this, it might lead to other conflicts in the family.

Pokemon Go is showing a lot of positive psychological effects around the world but it has its own disadvantages as well. Engaging in the game should be clearly thought about. Also having discussed the advantages and disadvantages, one should always remember that the effect and the extent of it largely depends on the individual's own psychological characters and abilities.