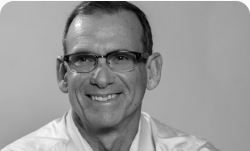 Approximately 44 million people worldwide suffer from Alzheimer's disease. Although it is more commonly found in older adults, young adults between the age of 30 and 40 also suffer from this disease. In fact, in some cases, people as young as 20 years old have also been found to be suffering from dementia.

As of now, there is no definite cure for this illness. However, with timely diagnosis and treatment, the symptoms of Alzheimer's can be controlled and can help in increasing life expectancy.  Even with so much data available today, there is a lack of awareness about Alzheimer's disease.

At Cadabam’s Hospitals, one of the specialties is the treatment of Alzheimer's. In fact, it is the only psychiatric institution in India, which is recognized and supported by CNTW and NHS. There is a 24x7 helpline number for patients to reach out to us at any time, +91 97414 76476. They can also contact our team via email, info@cadabamshospitals.com.

All About Alzheimer's Disease

In Alzheimer's Disease (AD), there is a progressive degeneration of memory and other cognitive abilities. In simple words, Alzheimer's Disease causes difficulty in memory, reasoning, thinking and communication, these problems develop slowly and only get worse over time.

Alzheimer's is the most common type of Dementia and is usually seen to occur after the age of 65, although there are cases of early-onset at the age of 40.

In AD, abnormal structures, plaques, and tangles form in the brain, which prevents brain cells from communicating with each other, eventually leading to the death of the brain cell. This is usually seen to initially occur in the parts of the brain that are responsible for memory, which later spread to other areas.

The effects of AD make the patient eventually unable to carry out their normal daily activities. For example, initially, the patient might not remember where they kept their keys; later, they might not recognize their own family members. There are different types of Alzheimer's Disease depending on the part of the brain area affected.

What Are The Symptoms Of Alzheimer's Disease?

Symptoms of Alzheimer's Disease include-

Advancing age is known as the greatest risk factor for AD. Experts are yet to discover the exact reason as to why with age, the risk of AD dramatically increases. Alzheimer's Disease is seen to run in families. If an individual has AD, the family members are more likely to get AD than other people whose family members do not have it. This could be either because of genetic or environmental factors.

How Is Alzheimer's Diagnosed?

Based on the symptoms that patients experience, the following are some of the test prescribed for the diagnosis of this issue –

There is currently no cure for AD, although there are treatments, therapies, and medications available that help deal with the effects of the symptoms. They slow down the progression of the symptoms. In AD a professional help is necessary. There are professional support teams available to help the patient. There are possibilities that the patient may develop other mental illnesses such as anxiety and depression.

In these cases, counseling and therapies such as cognitive behavioral therapy (CBT) can be beneficial. In extreme cases, sometimes family members are not able to provide the necessary facilities and settings. For these cases, there are rehabilitation and home care centers available that give the patients the required services as well as the living settings that enable them to function adequately.

It can help the patient deal with the feeling of anger and anxiety caused by Alzheimer's. In this, the therapists help the patients understand their feelings and prescribe medications if required. Moreover, for patients in the later stages of this disease, the therapist can suggest emotion-oriented psychotherapy that focuses on instilling happy thoughts and memories. CST, CBT, Reminiscence therapy are among the effective forms of therapies for this disease.

Drugs can provide help to some extent with memory symptoms as well as dealing with other cognitive changes. Presently, two types of drugs are being used to treat cognitive symptoms –

People suffering from Alzheimer's disease experience a bunch of emotions such as anger, frustration, confusion, uncertainty, depression, grief, and fear. If you are caring for such a patient, you can help them cope with the diseases by reassuring them that life can still be enjoyed, providing necessary support, listening to them, etc. You should try your best to retain the self-respect and dignity of that person.

Cadabams being a specialty center for Alzheimer’s treatment, provides personalised care plans addressing all your needs. Our multidisciplinary team of experts use an evidence-based treatment approach to ensure that you or your loved one gets the best treatment they deserve. Our elderly-care campus, Amitha, has state-of-the-art infrastructure to provide a comfortable rehabilitation journey. Contact us at +91 9741476476 or email at info@cadabamshospitals.com to know more about our treatment options.

What are the types of Alzheimer's?

Based on the effects of the disease, Alzheimer's are categorized into two parts that include:

What is the difference between Alzheimer's and dementia?

Dementia refers to a group of symptoms related to the decline in memory and other thinking skills. Alzheimer's is the most common cause of dementia. On the other hand, Alzheimer's refers to a degenerative brain disease that is a result of complex brain changes after cell damage.

Do Alzheimer's patients sleep a lot?

Patients suffering from later-stage Alzheimer's tend to sleep a lot. This is due to excessive damage to the brain, which makes them frailer and weaker over time.

What is the average lifespan of an Alzheimer's patient?

The lifespan of these patients varies significantly. But on average, after diagnosis, the patient can live anywhere between three and eleven years.

What is the best medication for Alzheimer's?

Cholinesterase inhibitors are prescribed to treat mild to moderate Alzheimers. The drugs help in controlling the symptoms of the disease.