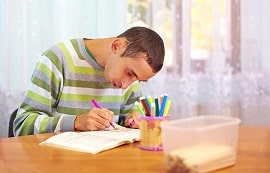 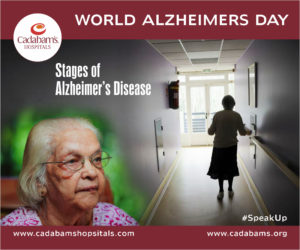 Alzheimer’s is an incurable diseaseand as the disease progresses it gets worse every stage. Read on to know to understand how the disease develops according to the stages hence preparing you to care for your loved one better. Dr. Barry Reisberg of New York University has developed a system of that is commonly used and widely accepted even in the Alzheimer’s Association. It breaks down the progression of Alzheimer’s disease into seven stages.

Are you looking for Alzheimer’s disease treatment? Call us to book an appointment with our counsellor or mental health professional.

Stage 1: No impairment is found

Alzheimer’s in this is stage is not detectable. As memory problems or other symptoms of dementia are not seen.

In this stage the individual may notice minor issues with their memory like losing things around the house. Although these small memory issues are quite similar to the ones others go though. It isnormal age related memory loss. The disease would still not be detectable here. And the person would be able to perform well on their memory tests.

The individual in stage would have difficulty in areassuch as:

Stage 4: Mildimpairments of the illness

Stage 5: Moderate impairments of the illness

In this stage of Alzheimer’s disease, the individual is unable to function well enoughandrequire help with many of their daily activities. They may experience:

On the flip side, individuals in this stage are able to function effectively on tasks. Such as,

Stage 6: Severe impairments of the illness

Individuals in this stage require constant and sustained supervision either from a family member or from a care taker.They will also frequently require professional care. Some of their symptoms include:

This is the final stage of Alzheimer’s disease. The disease is a terminal illness, and most individuals in stage are old and are nearing death. During this stage,