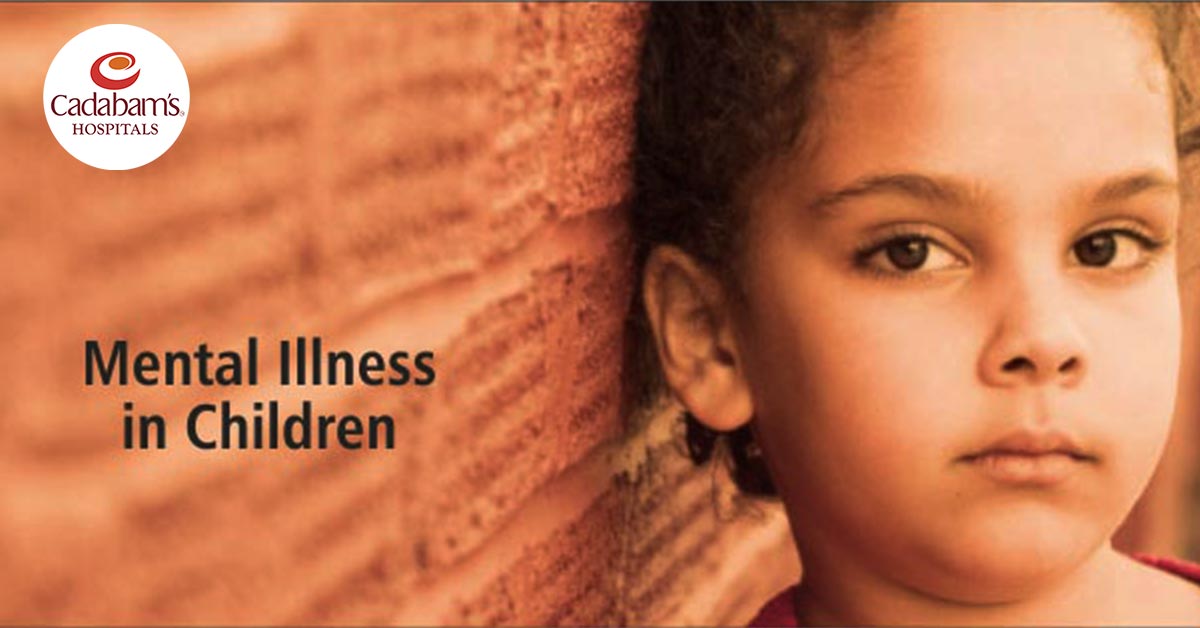 According to a 2000s study conducted by WHO, 20% of adolescents and children suffer from a mental illness. An Indian research study by the Indian council of medical research showed that almost 12% of children (between the ages of 4-16) suffer from mental illness. All these statistics are only showing the cases that are documented, but there are many more cases wherein psychiatric illness is not detected or is detected when the individual turns into an adult.

Without effective treatment, a majority of mental disorders can continue to later stages in life. This can cause tons of problems in different areas of adult life. People who live with untreated mental disorders are at greater risk of many other serious issues such as drug abuse, alcohol abuse, self-destructive behavior, and suicide.

When mental health conditions are treated timely and effectively, children can recover completely or have good control over their symptoms. While some kids, due to severe or chronic disorder, become face disability as adults, many are able to live productive and healthy lives.

Cadabam’s Hospital is a well-reckoned  psychiatric center in India that focuses on providing quality treatments for ailments related to psychiatric and neurology. With a team of experienced professionals, your child will get the most suitable treatment for mental illness.

The healthcare institution is serving people for over three decades and helping them get better and live their lives to the fullest. The hospital offers a helpline number that is available for patients 24x7. Moreover, you can also reach out to the team via email at info@cadabamshospitals.com.

Who Treats Mental Illnesses In Child?

A child psychologist & psychiatrist are mental health professionals specialized in the treatment of mental illnesses among children. They play an important role in assessing, diagnosing, and treating children with mental difficulties. The general public often tends to ignore consulting a psychiatrist when it comes to helping their children develop efficiently and only approaches them when the conditions are severe and get out of control.

To help prevent or to address child psychiatric illness, we first have to know about the common ones that are seen along with signs that indicate that a particular child needs help.

What Are The Signs Of Mental Illness In Kids?

Following are few signs that children suffering from mental illness usually exhibit, and these have to be addressed at the earliest:

All the above points indicate the need for a child psychiatrist & a child psychologist. They first evaluate the child’s condition; they look into the child’s current condition by observing the child and also inquiring the parents and teachers. Once they make the diagnosis, they make a treatment program.

This involves therapy sessions along with study habits and various behavioral interventions that help the child cope with the symptoms, build effective interpersonal relationships, and have positive growth. Child psychologists/psychiatrists do not work in isolation; for better treatment and development, they collaborate with parents and teachers, and all of them work towards helping the child have a positive and effective development.

How Is Mental Illness in Children Diagnosed?

Early signs of mental illness in children are used to diagnose the issue they are suffering from. But it can be challenging as many symptoms of mental illness like shyness, temper tantrums, unusual eating habits, etc., are common among children. Presently there are no lab tests to determine mental illness. Therefore, doctors will base their evaluation of physical exam and medical history,

Following are the treatment options for mental illness in kids -

When you associate with a psychiatric hospital that is dedicated to treating various mental disorders, you can be rest assured of availing best treatment. There is an experienced team of counselors, psychiatrists, psychologists, physicians, etc., who works with you to provide the best care for your child. For an appointment with a child psychologist & child psychiatrist, call us now on +919741476476.

What are the common types of mental disorders in children?

Common types of mental illnesses in children include –

What are the common signs of mental illnesses?

Kids suffering from mental illnesses may show the following signs –

How can parents help a child with a mental disorder?

The most important thing parents should do is properly educate themselves about the illness. Additionally, be patient with the child and provide the necessary support and loving environment for them to recover.

There is no definite cure for mental illness. Instead, drugs are prescribed to reduce the symptoms of illness.