During the past years, the sexual violence against women and the vulnerable has increased manifolds, forcing people to study the cause for such a rapid increase in the reported cases. According to some studies, approximately 1 in four women are raped in their adult lifetime, which causes severe psychological impact and long-term physical health problems. The Psychological Effects of Sexual Assault on Women extends far beyond the survivors as their family, friends and significant others are also affected negatively.

An assault can be sexual in three ways, namely, physical, verbal and non-verbal. Some examples of verbal sexual assault are cat-calling, talking about someone’s sex life in public, referring to someone as a doll, babe etc., whistling. Trying to touch someone, brushing shoulders, groping, attempted rape etc. would account for physical sexual assault and likewise non-verbal gestures such as lip-licking, blocking a person’s path, stalking would amount to sexual assault. The few examples stated when committed without the consent of the Victim, are deemed criminal acts and are punishable.

Sexual assault against a perceived weaker individual is a very traumatic life event with widespread psychological and sociological effects on the person irrespective of the gender. It often gives rise to a wide range of negative emotions, embarrassment and existential questions like “why me?.” It increases feelings of helplessness and powerlessness in the victim affecting their self-esteem and self-image and producing feelings which suggest that they may be vulnerable to further violence.

Also, It is likely that the fear of sexual violence in women will restrict their freedom and occupational opportunities and affect their long-term psychological well-being. Sexual assault is rarely discussed within professional circles partly because of ignorance and partly due to inexperience in asking serious personal sexual questions as well as associated social stigma and shame for the victim and those related to the victim. It is both a health and a social concern with patriarchal, misogynistic, and gender-shaming undertones.

When we teach but don’t preach…

Much of what an individual is a today is shaped by the culture that he or she is born in and lives through, acquiring cultural values, attitudes, and behaviors. Culture plays an important role in how certain societies view, perceive and process sexual acts as well as sexual violence.

Meaning attributed to certain gender can typecast what their roles and responsibilities are in a society and this is especially prevalent in Indian context. In India the Paternalistic cultural model encourages the view that men protect women from harm, thus giving the impression that women are largely incapable of protecting themselves. By attributing traits like control and power as synonymous with masculinity, men constantly fight to find a place for themselves in the realm of masculinity and doing so by subjecting women or perceived a weaker person to their unwelcome antics.

Pride of a man cannot be hurt by a woman who has rejected their inappropriate sexual advances. It is likely that in patriarchal cultures, any resistance from the woman victim is perceived by the perpetrator as an insult to “manhood” further provoking him to resort to more violent means to control the victim.

The perceived consequences of sexual violence vary across cultures. In societies where shame is a more prevalent emotion, the victims of sexual violence may not open about the trauma and hence may not report it, such as India. Victims of sexual assault face the danger of facing negative emotional reactions upon disclosing their trauma. The most traumatizing of which includes being blamed for the assault. This can lead to lack of self-esteem, cutting out socialization, depression, suicidal ideation and in some cases damaged cognitive functioning.

How to help a victim…

Some of the ways one can help a victim of sexual assault are:

Sexual assault is a life-altering event and the surge of negative emotions it brings into one's life is immeasurable. The even cannot be forgotten but getting psychotherapy at the earliest can help manage the deep seething emotions and lead an optimal life.

Do I Need To See A Therapist?

How to be an Optimistic Person in Life 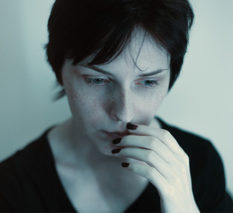