Under The Influence – Fantasies and Facts about Alcohol

by Renuka B H

When wine comes in at the mouth

And Love comes in at the eye;

That’s all we know for truth

Before we grow old and die

I lift the glass to my mouth,

I look at you and I sigh

Alcohol has plenty of Fascinating associations as read in poetries, other literature, and as seen in Media. The gold-and-scarlet glow of liquor advertisements, the fizz of the champagne opened by a celebrity, the transparent glass at a party, or the thrill teenagers feel over a secret beer bash – they all make for the feel-good image of alcohol.

Many people drink socially, or occasionally, and they are able to stop after a few drinks. This is called Social Drinking and this does not interfere with any other aspect of their life. But for some others who drink, things get out of their hands, not knowing why? An alcoholic is not just the man in tatters, knocked flat on the road after a binge.

An alcoholic is one, whose drinking causes continuing problems in any area of his life (such as family relationships, job, financial status or health) and who continues to drink in spite of these problems because he has developed a physical and psychological dependence on alcohol.

Once they are under the influence of alcohol, the Jinn in the bottle is over them, they are trapped. And how! “If a person has cancer all are sorry for him…But not so with the alcoholic illness, for with it there goes obliteration of all things worthwhile in life.

I would like you to know that alcoholism is a DISEASE, It’s A PROGRESSIVE DISEASE and that needs TO BE TREATED.

Alcohol Addiction is a complex and chronic Disease involving complex interaction among brain circuits, genetics, the environment, and an individual’s personality aspects and life experiences.

People with addiction use substances or engage in behaviors that become compulsive and often continue despite harmful consequences. Prevention efforts and treatment approaches for addiction are generally as successful as those for other chronic diseases.

It is a progressive disease: People initially start using alcohol socially with friends, parties, for fun, if a person is vulnerable gradually from Social use, Alcohol becomes the need, increasing Tolerance and leading to psychological and Physical Dependency.

If you are alcohol dependent, your condition goes from bad to worse. Sometimes there may be periods when you may feel there is an improvement. But drinking over a length of time will only lead to deterioration. Unless treated and stopped, Drinking excessively leads to cirrhosis and pancreatitis, and even to death.

Psychological and Physical Dependency: Alcohol becomes so central to their thoughts, emotions, feelings and activities that they cannot control the craving for drink and think that they need alcohol to cope with major and minor life stressors; This state is called Psychological Dependence.

Their body becomes so accustomed to the use of alcohol over a period of time, that when they stop drinking, “withdrawal symptoms”, such as sleeplessness, anxiety, nervousness, tremors, convulsions, hallucinations etc. occur. This state is called Physical Dependence.

Make a Note that Alcoholism is a Disease, but Treatable. Alternatives such as change of job, marriage, etc will not help you to recover, if you are abusing alcohol, unless treated so that you totally stop drinking, your condition will get worse day by day. Good News is in India help is available, reach out to your Physician/Psychiatrist/ Psychologist…..for help without delay. 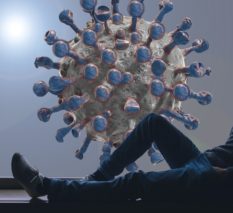 Living in the time of COVID-19 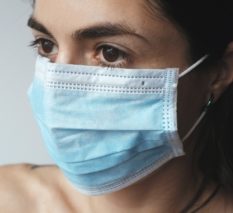