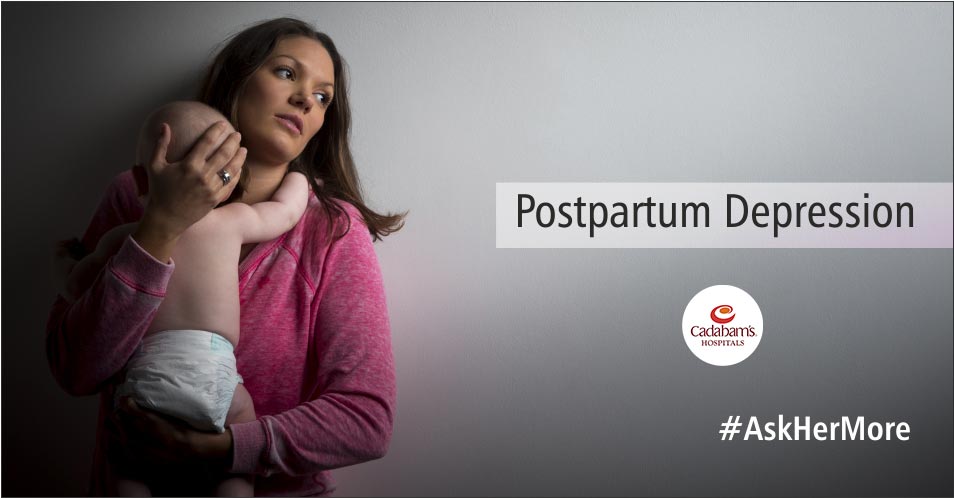 Postpartum Depression- The arrival of a newborn is always a happy occasion in the family. It is the time to plan a gala get together, go shopping to buy new clothes for the baby. Also, indulge in festivities to make the occasion a memorable one! But, wait, where is the mother? Left out amid all the fun and frolicking?

Alas, largely due to ignorance, the focus of family tends to be more on the just born baby than the mother. Very few know that the perinatal period - from the time of pregnancy till the first year following the delivery of the baby - is the most critical phase in the lives of both the mother and her newborn.

That’s why perinatal psychiatry or mental health issues worldwide have come to be regarded. As such an important part of mother and infant health care. During this phase, a woman undergoes hormonal and psychological changes which often results in depression and other mental illnesses that call for urgent intervention to keep mother and her baby mentally healthy and fit.

Though in India the idea of perinatal healthcare is yet to catch the fancy of common citizens. Its significance has since been amply recognized by mental health professionals and doctors. Some established players in the field of mental health care with a long track record of curing various types of mental illnesses such as Bangalore based Cadabam’s Hospitals have since made forays into perinatal psychiatry as well.

In the United Kingdom, since 2014, the mandate of the NHS has been on improving quality and access to perinatal mental health services. As part of the objective the thrust has been on improving the standards of care and experiences for women at the time of pregnancy and until the time the child attains the age of one year. The aim is to bring down cases of perinatal mental health problems and postnatal depression through improved intervention through early diagnosis.

Seen from the point of view of the need for holistic healthcare, perinatal mental health care ensures emotional well being not only mother and baby but also the father and other close family members. Emphasis has increasingly been on improving the existing level of care during the perinatal phase.

Professionals and doctors say that if the depression is not treated on an urgent basis. Then it is likely to impact children and relationships (divorce, lack of bonding and emotional adjustments). So, all these mean that mother needs to be well-taken care. As her wellbeing is closely connected to the well being and sound mental health of the child. The focus of the perinatal mental health care should thus be more focused on improving mother-infant interaction and bonding to prevent the occurrence of mental illness in children.

If a woman is diagnosed with symptoms of the perinatal psychiatric problem. Starting the treatment early can help her recover well and quickly. Where perinatal mental health care is non-existent, even starting the treatment late. Also, it can salvage the situation for the mother and her baby and family members. But the absence of professionals and doctors in India.  With necessary experience and expertise in dealing with perinatal psychiatry makes things difficult for women suffering from perinatal depression.

The speciality mental health care centre, Cadabam’s Hospitals. Boasts of state-of-the-art infrastructure with qualified and trained professionals. To take care of any kind of mental ailments including perinatal mental health care for women. Comprehensive assessment and treatment form two important pillars of perinatal mental health care. This is followed by steps towards stabilization, medication through group or individual therapies and other means of time-tested treatments. Each treatment process differs from one patient to the other and is aimed at giving total relief to patients.