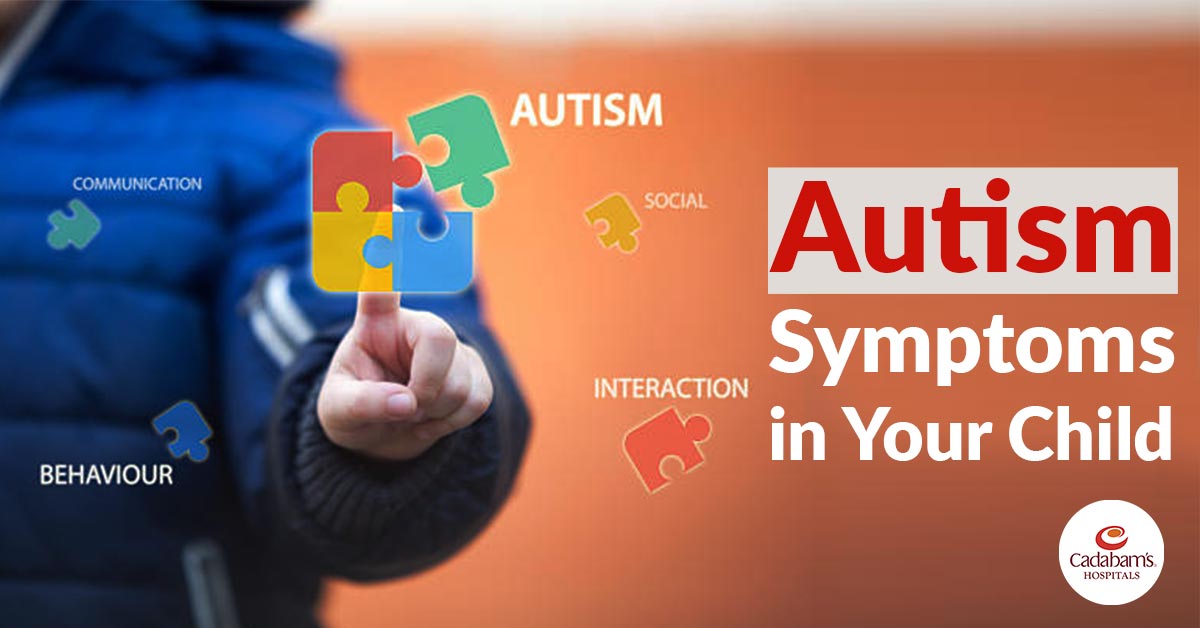 How to Recognise Early Signs of Autism in your child

Autism is something that will affect the individual throughout their life, and subsequently the family as well. In most cases, autism expresses itself through varied symptoms, and if the early autism symptoms are recognized, then it is a game-changer in the life of the child.

ASD, or Autism symptoms in kids include a delay in basic areas of development such as cognition, communication, socialization, etc. Not everyone shows the same signs, but it is regarded that there are some ways to generalize that someone is in need of help. Some kids have mild impairments, while it is more difficult for others to get through in life.

What are the Causes of Autism?

There still isn’t enough research that can pinpoint and determine the cause of ASD. There are some genetic components, but even things like parental age and medications taken during pregnancy can be a cause. If one’s brother, sister, or parent has ASD, then it is likely that they will have it too- but it doesn’t always have to be the case. Around 10% of kids with Autism may have another genetic disorder such as Down Syndrome.

Some children start showing signs as early as a few months old- while some have a comparatively normal early childhood and start showing symptoms in their later childhood.

Sometimes Autism signs and symptoms appear quite early and indicate that your child might be facing difficulty in their daily activities. In the case of younger children, some autism spectrum disorder symptoms can include:

Autism can show up in children who are a bit older as well. Some of the telltale signs in this case are:

How parents can stop the warning signs

In most cases, since the parents/caregivers spend the most amount of time with the children, they are in the best position to recognize the early signs of autism. They should be able to observe the small quirks that others won’t be able to. What is important is for you to keep an eye on the key social, emotional, and cognitive milestones in the child’s life, so that the problems can be spotted earlier on. Development delays can point toward autism, (especially if a small bracket is also given) but it isn’t the case for all children. If you give them a little time and they are still unable to reach the milestone, it is important to reach out for help, as soon as possible. Best to not wait it out anymore. It is better not to wait and see how things could end up turning out. If they truly do have a problem, then they are not going to ‘grow out’ of it/, so don’t wait it out. Try to be persistent and trust your gut if you think something is wrong, take second and third opinions if necessary- because at the end of the day, it is the life of your child that is in jeopardy, and naturally you don’t want to risk it.

Recognizing the early signs of Autism

If you are worried about your child who is developmentally delayed, and if you have observed early symptoms of autism, it is important to schedule an appointment with your pediatrician immediately (It is even recommended that one goes to the doctor even if they hit the milestones periodically). Screening for autism is important, and should they be detected with possible signs of autism then the child should be referred to a specialist for a more comprehensive diagnostic evaluation. Even though the diagnosis process is complicated and tricky, it is never too late to get into early intervention methods- whether or not they actually get diagnosed later isn’t the point. Overall, there is a big no-no associated with the whole ‘wait-and-watch’ method, because the truth of the matter is this- the earlier we can help, the better it in treating symptoms of autism in children.