Effective treatment of depression requires early detection. Depression can be difficult to identify among subgroups of patients with co-morbid medical illnesses, substance abuse disorders, mental retardation, brain injury, and dementia, or those who are at either end of the age spectrum.

The most powerful predictive risk factor is a first-degree relative with depression. Being raised by a depressed parent compounds this risk. Therefore, primary care physicians can readily identify their young patients at highest risk—offspring of depressed parents. Conversely, the detection of depression in a preadolescent child is a strong marker for the recent or concurrent presence of depression in one or both of the parents.

Early-onset depression may be more severe and genetically determined, and thus more similar to treatment-resistant adult cases, and is more likely to lead to bipolar disorder.

Early-onset cases also tend to have other risk factors that may promote a depressogenic cognitive and behavioral coping style. Early losses or trauma may also result in persistent biological changes that predispose to depression. Furthermore, when a young person becomes depressed, life quickly becomes complicated by negative events that perpetuate the illness.

These include school failure, loss of friendships, dropping out of activities such as sports and artistic endeavors, and negative reactions from parents and teachers who are frustrated by the child’s low motivation and output. Even after recovery, deficits in academics and social relationships persist; there appears to be a developmental cost of having a depressive episode in the childhood or teen years.

There are age-related differences in presentation. Major depression in preadolescents is accompanied by symptoms of separation anxiety in 50% of cases, which may obscure the symptoms of depression. Initial and terminal insomnia, as well as reduced eating and weight loss or failure to gain appropriately, are common.

In contrast, lethargy, hypersomnia, and increased appetite and eating are more characteristic among adolescents. At all ages, decline in academic functioning, social withdrawal, and irritability are seen. Marked irritability may result in angry or even aggressive outbursts that obscure the underlying depression.

Adolescents may show temporary cheering-up in the presence of peers, and in all young people, mood may be more reactive than in adults with depression. The decline in function, however, clearly indicates the severity of the condition.

Physical concerns such as fatigue, abdominal pain, headaches, or sleep disturbance are commonly the reason that depressed children and adolescents are initially brought to the family physician, so screening questions for depression should be asked in these situations.

The family physician should look for a change in function, such as a decline in school grades and/or social withdrawal. The best diagnosis is obtained by combining information from both child and parents, as parents accurately report behavioural change while children report their subjective emotional state.

Many children will have trouble identifying their mood state and may focus on physical symptoms or angrily blame others rather than express the guilt and self-blame more typical of an adult patient. Adolescents are better at identifying depressed mood. 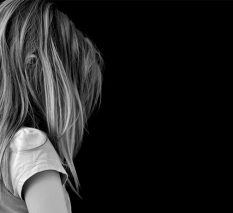