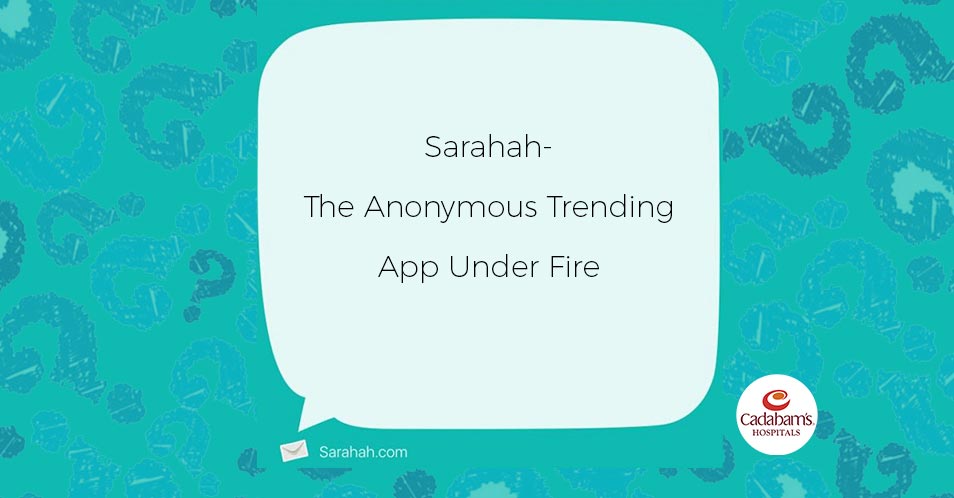 Social media always has something to set a fire on. After the tremendous issues of the ‘blue Whale Challenge’ now it’s the time to talk about the anonymous app which has let the social media platforms go in hurl - Yes, you have made a right guess- it’s the Sarahah App.

What is this Sarahah?

Also named as the ‘Honesty App’, Sarahah is an online application that lets people post their comments anonymously on social media platform. This app was designed by a developer from Saudi Arabia naming Zain AlAbdin Tawfiq.

How does Sarahah Works? 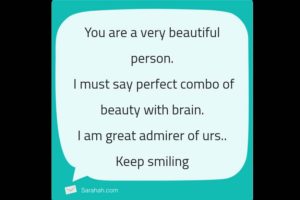 Once you have finished with your sign up through the app, anyone can comment or send you messages anonymously, even those people who haven’t signed up. All they require is your profile link, which can be got easily get as long as you have linked your Sarahah profile with your Instagram, Facebook, or Snapchat accounts.

Sarahah was developed with a vision of getting an honest feedback from friends and co-workers such that it could enhance their strengths and improvements. But, the social media has got something else to go with. This anonymity has got its label as cyberbullying app. Why? The sarahah app has got immense popularity in the past month, allowing the users to comment anything to anyone, positive or negative, without any suppression, and consequences, as it doesn’t reveal the identity of the sender, probably making it an inherent tool for cyber bullying.

Is Sarahah the next ‘Blue Whale’?

By now you might have got a good understanding of the so called ‘Blue Whale Challenge’ that has led the social media in storm taking the lives of many innocent teens. Now do you think will Sarahah be the next?

I would probably say yes, do you know why? Because people post their comments anonymously, and it's much easier for them to say anything mean or hurtful things without any consequences. Sadly to say, there are reports of few people being exploited by this.

The reviews on the android and IOS app stores does prove that this app is being employed as a cyberbullying tool. For this reasons, the app is not appropriate especially for the kids. There are chances where It can seriously pose consequences of depression.

The users who did share their profile links to their social media profiles complained of receiving unfortunate messages, that were insulting, threatening or even sexually harassing them. One such comment was a dominating concern where the person was told that he was a hypocrite who pretends to be nice. He says- “This experience has taught me that people reveal their ugliest versions of themselves when they hide behind the False face. Sarahah app is doing more distress than good as it is offering people an anonymous stage to be dreadful to others.”


Cyberbullying can be Bad for your Mental Health. How?

The effects of Cyberbullying like in the sarahah app can be worse for mental health says Dr.Renuka B H, Consultant Clinical Psychologist from Cadabam’s.

She says -“Apps like Sarahah can further increase their anxiety by making them receive and focus on invalid, negative and destructive messages. The negative and destructive messages can further lower their self-confidence and further validate already existing Self Doubts! Thus it can pose threat to their mental Health. This all can spoil their peace of mind and increase their Social Anxiety and make them avoid socialization leading to Depression and finally to commit suicide. The Sarahah App no wonder is the other disguised version of Blue Whale.”

This is a concerning issue because it is can pose worst effects on the mental health of the victim. It can impact their behavior and make them more judgemental and fearful as well accordingly making them more self-conscious for every little thing.

There are more chances that the person can have more risk of developing anxiety, depression, negative behaviors thus increasing their chances of attempting suicide.

Hence it is important that we look into this issue and prevent its effects on our mental health by using it responsibly, keeping in mind the purpose it was created for. Don’t be a victim of this Cyberbullying, Wake and Act today!