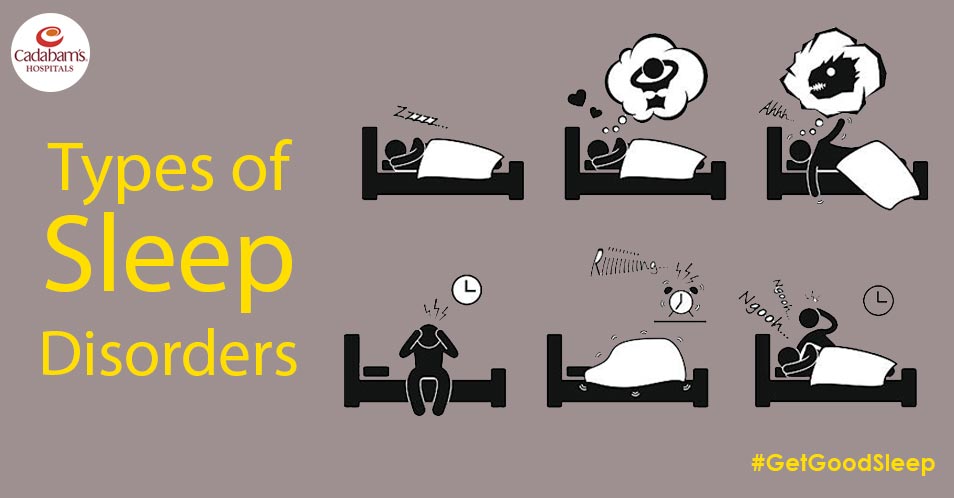 Types of Sleep Disorders (And How to Treat Them)

Being deprived of sleep for a continued period can rob you of your peace and good health. Sleep disorders are common problems that most people affected by stress or inherent health problems face. Hectic schedules coupled with mounting lifestyle problems and financial woes have often led many people to complain of irregular sleep patterns or inability to sleep for more than seven hours in a day. Besides, high school students also complain about their inability to sleep during the weekends.

For some people, sleeping problems may be temporary, while others may complain of persistent problems that may interfere with their daily schedules.

Signs and Symptoms of Sleep Disorders

People with sleep disorders often show common symptoms like feeling sleepy during the day, irregular breathing, or an increase in movement during sleep. Some other signs include an irregular sleep and wake cycle or staying awake for long hours even after going to the bed. General symptoms of sleep disorders include:

Some common sleep disorder types include:

The National Medical Journal of India reveals that nearly 33 percent of Indian adults suffer from insomnia. Some people may show symptoms of insomnia at least three times every week that may last for up to three months. Psychologists refer to this as chronic insomnia whereas insomnia problems that last for less than three months are labeled as short-term insomnia problems. Those affected by periodic sleep disorder problems can seek treatment for intermittent insomnia.

Are you looking for Sleep Disorders treatment? Call us to book an appointment with our counselor or mental health professional.

The different types of sleeping disorders have one thing in common – frequent sleep disturbances. While there may be myriad reasons for suffering from sleep disorders, most of them are caused due to underlying health problems. Some of them are:

There is no one-stop solution when it comes to treating various types of sleep disorders that affect more than 30 percent of Indian adults. Doctors recommend lifestyle changes coupled with medical treatment options for complete relief from these disorders.

The possible medical treatment options to treat sleep disturbances may include:

However, medical treatments are futile without making some necessary lifestyle changes. These may include:

At the initial stage, sleep disorder might look like any other minor health issue. However, if left untreated, these disorders can deteriorate into serious mental health issues.

Though all cannot read the signs and symptoms of sleep disorders, sudden changes in the life cycle or sleep patterns must not be ignored. If you or your loved one is finding it difficult to benefit from a sound sleep, it is time to consult an expert. Early diagnosis can mitigate the long-term effects of the disorder. Moreover, in addition to improving sleep, the benefits can trickle down to other aspects of life as well, improving one’s performance, productivity, and general well-being.

At Cadabam’s Hospital, we have a multi-specialty team of experts who specialize in treating sleep disorders. Over the past three decades, we have helped countless people improve their lifestyles. We opt for a personalized and evidence-based approach that enables us to deliver effective diagnosis, evaluation, and treatment to the patients. Get in touch with us today.

Sleep disorders are various conditions that affect one’s ability to sleep well. Subsequently, these conditions can lead to sleep deprivation, affecting virtually every aspect of your life and increasing the risks of other health problems. For instance, if you’re not getting adequate sleep, it can result in poor performance and productivity at work. It can also lead to problems like obesity, diabetes, and high blood pressure.

There are numerous causes that can lead to sleep problems and disorders. Depending on the disorder, the causes may vary. A lot of people who struggle with mental health problems – like depression, anxiety, phobias, bipolar, and schizophrenia – find it difficult to get proper sleep. Genetics, medications, and aging are also common causes of sleep disorders.

A doctor will do a physical examination and ask for your symptoms. They will look at your medical history and overall lifestyle. They may also order a few tests like the Multiple Sleep Latency Test (MSLT) and Electroencephalogram (EEG), which will help them outline an effective course of treatment.

Depending on the kind of sleep disorder you have, it can be life-threatening. However, this happens only in extreme cases. If you have any sleep problems, do consult a doctor before things get worse and leave a long-term effect.

There are numerous sleep disorders. Some of the common ones include sleep apnea, insomnia, snoring, narcolepsy, and restless legs syndrome. 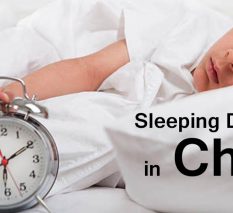 How to Manage Sleep Disorders in Children 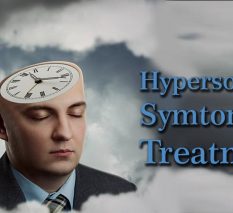 Hypersomnia Symptoms, Diagnosis, Treatment : All You Need To Know 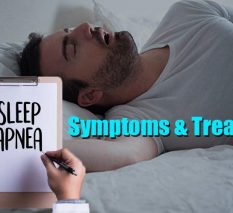 Sleep Apnea: Symptoms, Treatment and All You Want to Know